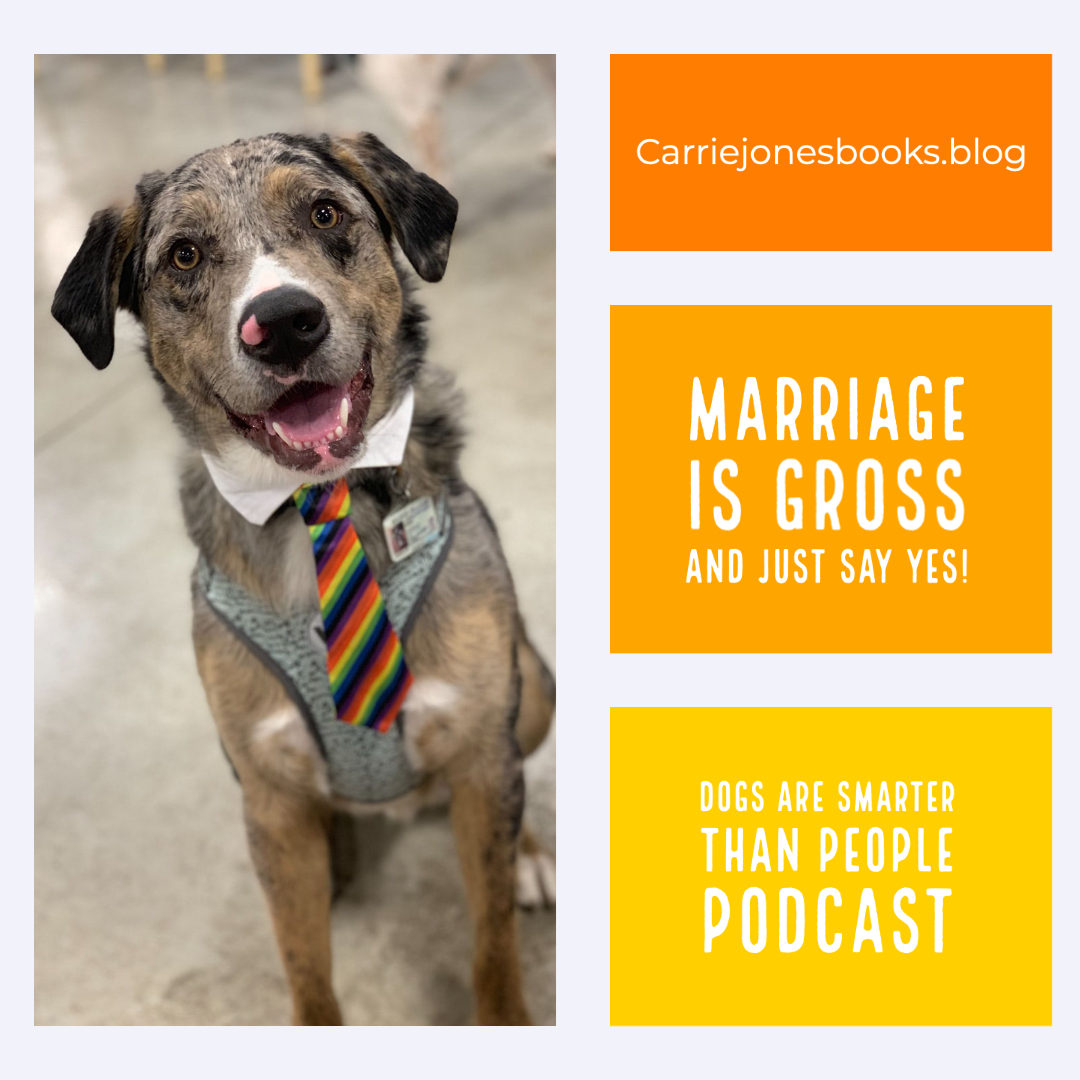 Over the past couple of months, we’ve been talking a lot about archetypes and how you can use them in writing and life, but we’ve failed to discuss where all this talk stems from.

It’s all from Carl Jung who is an old, dead, psychology pioneer who didn’t agree with another old dead guy, Sigmund Freud.

According to “Exploring Your Mind,”

To define his 12 archetypes of personality, Jung studied the symbols and myths of many different cultures. These archetypes represent behavior patterns that make up different ways of being. They’re also cultural symbols and images that exist in the collective unconscious.

He defined the 12 Jungian archetypes as an innate tendency to generate images with intense emotional meaning that express the relational primacy of human life. They’re imprints that are buried in our unconscious. These terms define the particular traits that we all have.

So here’s the basic rundown of those twelve as related to poop found in the middle of the driveway because how else can you take a new spin on this? Every single psych major has blogged about archetypes. We’re going to do the first six in this podcast and the next six next week. Cool right? It’s like a cliffhanger.

It’s all about being smart and thinking. If someone poops, the sage is going to want to examine the poop, analyze the poop, and probably create a witty yet analytical tweet about the poop.

The innocent is optimistic that the poop randomly sitting in the middle of their driveway is meant for good. They will be happy that someone was capable of pooping out in the open like that. They will tweet about the goodness of pleasing others and possibly create a self-help book about poop or at least look for one which they will not download illegally but instead buy from a nice local independent bookstore. They might even put up a sign that says, “Feel free to come inside and use the bathroom next time, but no judgement.”

This person is all about adventure and new things. They see the poop on the driveway and think, “Maybe I should try this.” They tweet asking people about the strangest places they’ve pooped. They are unsatisfied with their own pooping experiences and now on the quest for the perfect poop place. They create an entirely new profile about it and call it “POOPING INTO THE UNKNOWN.” They immediately have 2.5 million followers.

The ruler leads. The poop is disorder. It is on their driveway! This is unstable. This is totally not excellent. The ruler calls a minion to remove the poop and immediately tweets, “Listen. To. Me. Whoever pooped on my driveway, the most amazing driveway anywhere ever, is totally going to pay.”

So, yeah. They see the poop. They want to transform the poop. They make an art piece about it. They tweet a joke. They think about making an art piece for longer time than they spend actually creating it. Eventually, they remove the poop but only after taking and posting images of its decay for 365 days. The New York Times ends up featuring it on its art page and declaring it’s symbolic of the state of the country.

The caregiver is all about big feelings and love. The caregiver sees the poop in their driveway and wants to keep everyone else from being traumatized by the poop. They quickly clean up the poop, spray the entire driveway with bleach so nobody can get sick. They have sacrificed their entire Saturday morning keeping everyone safe. They do not tweet directly about the poop but instead say something like, “It’s so hard to keep those you love safe in this word of defecation, but you just have to keep doing it. Be kind and be sanitary, loved ones. I am rooting for you.”

It’s okay to take regurgitated crap and put a new spin on it. But also think about how your characters would react to things, not just how you react to things.

Poop happens. How you react to that poop is up to you.

To hear about the dentist, flavored alcohol and hate-videos, you have to listen to our podcast and the opening random thought section.

WHERE TO FIND OUR PODCAST, DOGS ARE SMARTER THAN PEOPLE.

Join the 251,000 people who have downloaded episodes and marveled at our raw weirdness. You can subscribe pretty much anywhere.

A link to our podcast about fatal errors, scenes, and ghost reaper sauce

COME WRITE WITH ME!

I coach, have a class, and edit things. Find out more here.

NEW BOOK OF AWESOME- THE PLACES WE HIDE Don't Give Away Your Shot. Kick to Win.

A long time ago, our daughter Em was taking karate, which was the only martial art available then in our town. She was eight years old and tiny. The instructor was Shaun size - sort of - and bald, super intimidating. He had all the little ones line up and kick rectangular strike pads. Em's kick was so unexpected and powerful that the adult holding the pad fell over. Did they tell her, "Good job?" Nope. They made her sit down. "What did I do wrong, Mommy?" Em asked. "Nothing, buddy. Nothing." And a mom next to us whispered, "You were too strong. They don't know what to do with women who are too strong." Eventually, Em got called back up and got to join the group again. This time the kids were kicking the instructor's shin. It was Em's turn. She wound up and executed the kick perfectly. The instructor lurched backwards, held his shin, and told her to sit down. Again. Em was smaller than the rest of those kids in there, but she was powerful and they didn't know what to do with that. They couldn't even understand it. How could this perfectly behaved, tiny child be so strong? And sometimes that happens with us throughout our lives and our writing. Our power surprises even us. We'll wonder where it came from? We'll wonder what it means. And sometimes other people will not know what to do with it. Those people might be our mentors, or our families, or strangers on the internet. But here's the thing. Don't let them make you sit down or sit out. If you surprise them with your power? That's on them. It's not on you. Writing Tip of the Pod: Don't be afraid to ... 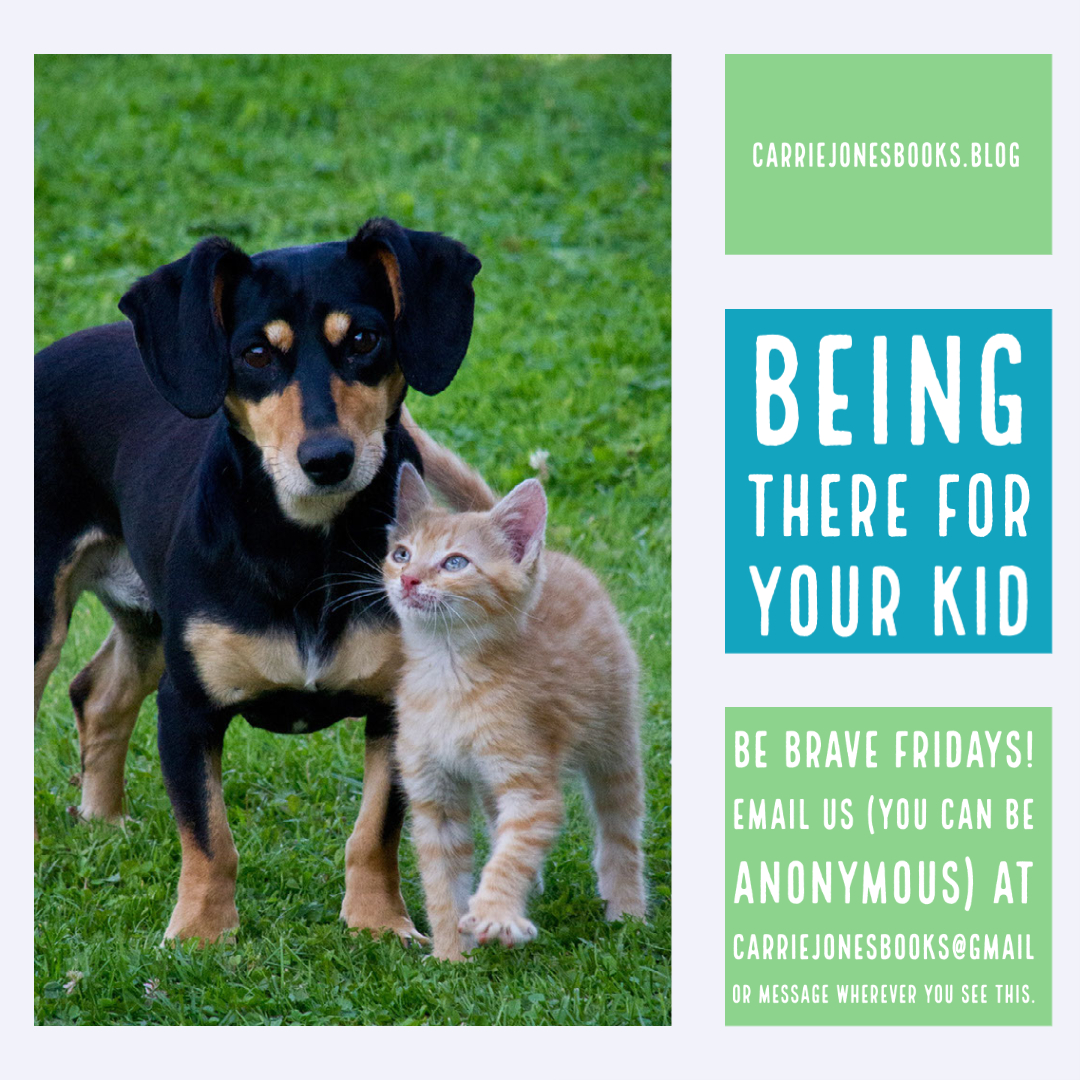 It’s Be Brave Friday where Shaun or I (from Dogs are Smarter than People and Loving the Strange and just being an author in Maine) share people’s stories, but this week, I’m sharing ours. It’s the first time I’ve talked publicly about this and it’s kind of hard. Trigger Warning for parent issues (not us). We have an adorable kid who has autism and ODD and ADD. And here’s the thing. They are funny and creative and have big emotions about their world. That isn’t the easiest thing to handle for some people. And we get judged about them all the time. Their ADD manifests in wanting to do a project all night long when they’re really into it. Their ODD manifests in not dealing well when we tell them they need some sleep. Their psychiatrist has said on multiple occasions, “This is not the bridge worth dying on.” They’re right. But people don’t get that. And they judge. A lot. And whatever. I’m fine with that because though I’m self-deprecating to the point that I tend to drive other feminists crazy, I’m confident that I’m a parent who is full of love and appreciation for her kids. The judging doesn’t matter because what matters is the human who is growing and learning and becoming. That’s not what this post is about though. This post is about our kid’s other mother. The one who gave up on them two years ago. The one who has to get texts from the kid in order to even think to visit with them. The one who is trained as a teacher but didn’t even send a text to their own child to ask them how their first day of ...

Lambs Growing On Trees, Man. Write Your Truths Because Other Truths Change

Science isn't always right. I know! Shocker. Once, some scientists had this theory about the Vegetable Lamb of Tartary. They truly believed that the lamb grew on a tree. To be fair, it was the Middle Ages in Europe and things were kind of like America right now. People had no clue about stuff, but they pretended to. Anyway, according to Ripley's Believe it Or Not, There were believed to be two distinct varieties of Vegetable Lamb: a bizarre plant that produced tiny lambs inside pods, and an equally-bizarre hybrid creature that consisted of a whole, full-sized lamb, which lived suspended from the ground by a small stem! Chris Littlechild, Ripley's Believe it Or Not People believed this for centuries, right? Centuries. What does this have to do with writing? When we write, we bring our pasts, our systems of belief and it ends up on our pages. Our work reflects our society and it reflects our own morality and beliefs. To be a good writer, we have to know what our truths are but also be willing to be challenged about them. Writing is a communication, a social contract between the writer and the reader. We're asking our readers to share our story, but also more subconsciously, to hear about our world views and thoughts. We're inviting them in. Writing Tip of the Pod ...