Making Your Story Believably Bad Ass (and your characters too) 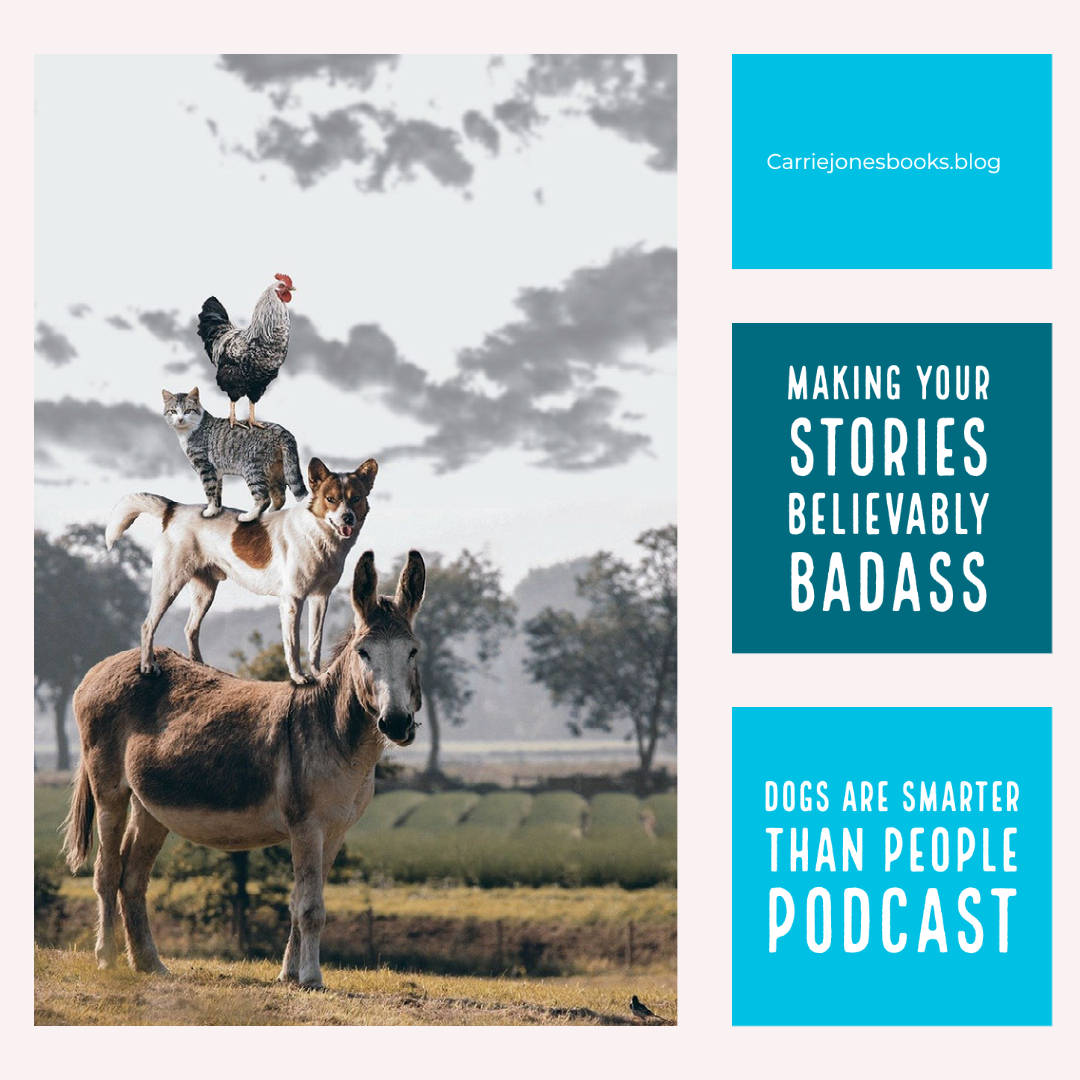 Dogs Are Smarter Than People: Writing Life, Marriage and Motivation
Making Your Story Believably Bad Ass (and your characters too)

A lot of time you’ll write a story and a beta reader, agent, editor or reviewer will say, “This is not believable.”

And a lot of time, you’ll tweet something and some rando on Twitter will say, “WTF. You lie.”

And a lot of time, you’ll just be telling a story at a party (or during Zoom in COVID times) and people will say, “No way! No freaking way.”

This can be annoying especially when you’re trying to sell a book and you get that note.

Why Does This Happen?

Sometimes people react that way because their world and experience doesn’t mesh with your own and they don’t understand that everyone in Downeast Maine calls everyone else “dear,” even straight men say it to other straight men.

Sometimes it’s because you just haven’t suspended disbelief for them.

This happens in real life, too.

This man who used to be a Houston police officer (He resigned January 14.) went into the Capitol Building on January 6.  And when he was interviewed, he told the federal agents that he wasn’t really part of the riots. He just wanted to see the amazing art. He was only in D.C. to help out his wife who had a business (cooking). But his phone (which the agents looked at) showed a bunch of videos and photos of him.

The photos and videos were allegedly in a deleted folder. But the folder was not all the way deleted.

And he was arrested because his story? It wasn’t that believable to those federal agents, right? I’m sure that when Shaun used to be a cop, he heard a lot of stories like this, too.

One time our youngest daughter who has autism and likes to make really big stories told other campers at the campground that we went to Disney but she had to sleep in a chair. The other campers gawped at us and said, “What?”

They didn’t believe her because it wasn’t believable. It didn’t match the people we were. Every time she does this, we say, “Buddy, if you’re going to lie, which we hope you won’t, you kind of want to make it more believable.”

And then I tell her about the girl I met in college who told everyone during freshman orientation that her parents died in a plane crash in Alaska. About two parties later that morphed to a plane crash in Hawaii. Then during homecoming weekend, her parents showed up in their BMW very much alive. Don’t be that girl. In life or in story.

How To Make Your Story Believable and Bad Ass

Michael Hauge over on “Story Mastery” has some great, easy ideas on how to make your story believable. They are pretty basic, but important to remember.

“1. In every sequence of your story, ask yourself, “Do my characters behave the way people with their backgrounds would normally behave in this situation? Is this their most logical response to the danger they’re in, to the desire they’re pursuing, or to the actions of the other characters?”

If you’re in doubt, ask yourself, “Is this what I would do if I were in this situation?”

2. Don’t confuse credibility with documented reality. One of the weakest arguments you can make in support of your characters’ actions is, “But that really happened.”

3. Foreshadow the characters’ actions and abilities. If you want your hero to use karate in a fight with the villain, reveal her martial arts talents before it’s important to the plot. Show her practicing in the dojo early in the movie, when it doesn’t seem important, or open the novel with her beating down a mugger with her martial arts skills. That way, when it counts, your audience will subconsciously say, “Oh, that’s right. This everyday school teacher has been learning karate.””

4. Openly admit the incredibility of a scene. If, against all logic, your hero pursues a lover who might be a hit man, have her best friend say to her, “Are you nuts? This guy could be a cold-blooded killer!” Then your hero can explain her actions in a way that is consistent with the personality and background you’ve given her. Subconsciously you’re telling the audience, “Look, I know this seems unbelievable, but let me tell you why it isn’t.”

5. Dazzle the audience with pyrotechnics. This is definitely the last resort solution to the problem of credibility. But if you keep the action moving fast enough, or if the setting is big and spectacular enough, the audience might not notice some lapses in logic.”

I’m not so sure about that last tip, honestly, but it probably can help. But sometimes those big spectacles can’t divert us enough. I bet you can think of a couple of superhero or science fiction movies that do this.

In both real life and stories, you don’t want to make things so unbelievable that you don’t make sense. Things need to be logical and stuff.

If you have to play it out and hype it up too much, it often isn’t believable. Don’t forget, the humans aren’t going to believe you’re starving if they are the ones who know how many treats you get. Backstory and evidence matter.

The music we’ve clipped and shortened in this podcast is awesome and is made available through the Creative Commons License. Here’s a link to that and the artist’s website. Who is this artist and what is this song?  It’s “Summer Spliff” by Broke For Free.

HELP US AND DO AN AWESOME GOOD DEED

Thanks to all of you who keep listening to our weirdness on the DOGS ARE SMARTER THAN PEOPLE podcast as we talk about random thoughts, writing advice and life tips. We’re sorry we laugh so much… sort of. Please share it and subscribe if you can. Please rate and like us if you are feeling kind, because it matters somehow. There’s a new episode every Tuesday!

Thanks so much for being one of the 255,000 downloads if you’ve given us a listen!

HEY! DO YOU WANT TO SPEND MORE TIME TOGETHER?

MAYBE TAKE A COURSE, CHILL ON SOCIAL MEDIA, BUY ART OR A BOOK, OR LISTEN TO OUR PODCAST?

JUST CLICK ON THIS LINK AND FIND OUT HOW WE CAN.

And to hear our podcast latest episode for DOGS ARE SMARTER THAN PEOPLE, all about Making Sexy Mission Statements and Writing Platforms, click here. And all about Why Brilliant People Sometimes Aren’t The Successes We Expect is here.